Why are investors buying music catalogs? What’s behind investor interest in music royalties?

Simply put… momentum. Investors like investing in industries with a tailwind, and the music biz has plenty of that. We took a look at the results from 2020 across multiple sectors of the music biz, and found the six stats that quantify the force of this momentum worth examining.

The International Federation of the Phonographic Industry (IFPI) issued its much-anticipated annual Global Music Report this past March. In it, the organization reported that worldwide recorded music revenues increased 7.4% in 2020 to $21.6 billion.‍

Clearly, any impact the pandemic lockdowns may have had on streaming services was merely a blip. Streaming music usage dipped slightly early in the year as listeners shifted from commute-based streaming to home-based streaming. But the concern that economic factors would cause fans to delete their music accounts did not come to pass.

Music industry revenues are now at their highest point since 2002.

Global streaming revenues increased 20%, to $13.4 billion, according to the IFPI. That makes streaming accountable for 62% of all global music revenues… clearly the dominant format, which is still growing.

The chart below shows a breakdown of all 2020 revenues by format:

Not all streaming activity is equal, with paid subscription accounts generating the most royalties. So it’s good to see the IFPI noting that paid accounts increased 30% in 2020, to 442 million globally.

There has been some concern over falling ARPU figures, or average revenue per user. As noted, paid subscribers increased 30% in 2020, but paid subscription revenue only rose 18.5%. An analysis by Music Business Worldwide revealed that the resulting annual ARPU fell from $24.60 per subscriber in 2019 to $22.44 in 2020.

Since most streaming services pay royalties as a percent of revenue, increasing overall revenues is the goal, not ARPU. In Spotify’s last earnings call, the company reported a 27% YoY increase in monthly active users, and a 16% increase in revenue, so the important metrics continue to trend in the right direction.

The United States is the largest music market in the world, and it too reported similar increases to both overall revenue and streaming revenue:

Emerging markets like Africa, Asia, and Latin America are all growing faster than the established bellwethers of North America, Europe, and Australia.

Here’s a ranking of year-over-year growth rates by region in 2020:

As you can see, Latin America is growing twice as fast as North America.

Looking beyond regions to specific countries, South Korea deserves special mention. The country’s recorded music revenues increased 44.8% in 2020, making it the fastest-growing market in the world and the sixth-largest overall.

All the above stats focused on recorded music royalties. But publishing royalties are increasing right alongside.

Public performance royalty distributions for both major performing rights organizations (PROs)—ASCAP and BMI—increased for the sixth consecutive year, surpassing $1 billion every year since 2017.

Public performance aside, all music publishing revenue is increasing. We don’t yet have 2020 results for U.S. publishing revenues. But the chart below shows the year-over-year increases reported through 2019 by the National Music Publishers Association,

Taken together, these stats reflect both the ongoing momentum and resiliency of the music industry.

The challenges of the last year were perhaps the greatest faced by the music industry since the launch of the original Napster. But unlike the disruption of digital piracy, the pandemic only served to highlight the strength of digital streaming.

Had this still been a physical business, both touring AND in-store retail activity would have suffered. But it’s not, and it didn’t. And both the music business and royalty investors are better for it.

Drake or Kanye – Who has more cred with investors?
With the release of Donda and Certified Lover Boy, Drake and Kanye battle it out on the charts. But, does the investor interest in these artist's songs match the chart appeal?
Read Post

U.S. Music Publishing Grows Nearly 10% To Over $4B In 2020
Despite a challenging year for performance royalties and licensing setbacks, U.S. music publishing revenues continued their climb in 2020.
Read Post 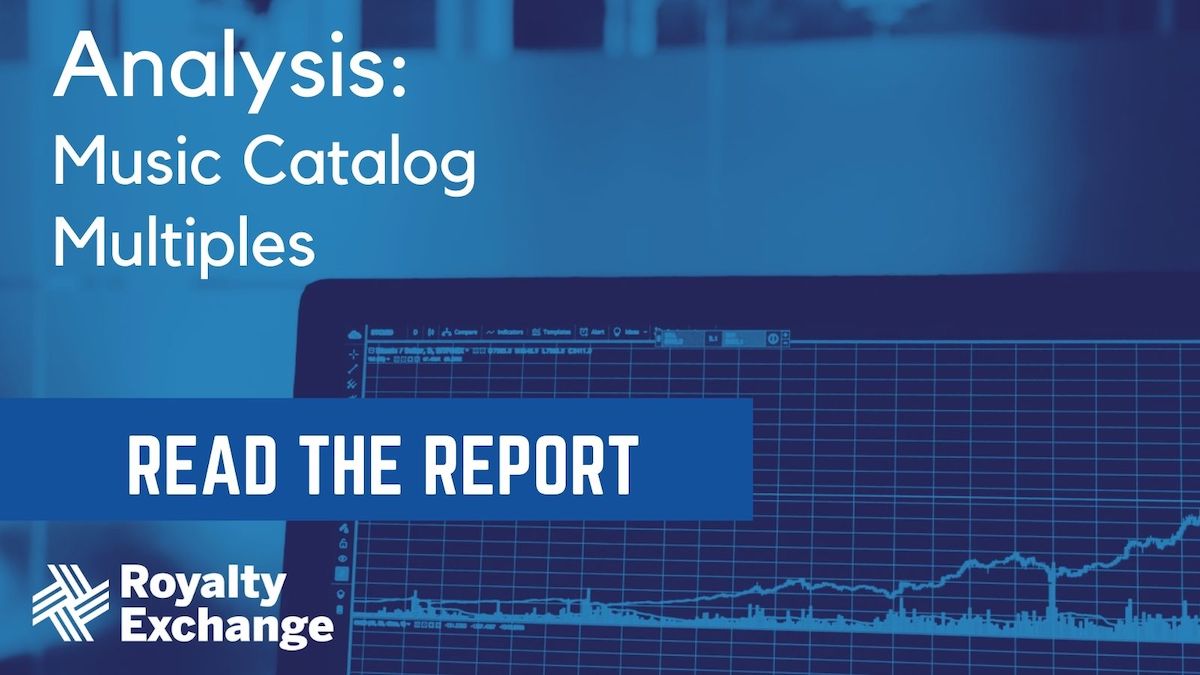 Music Multiple Mania: What Buyers Are Really Paying for Music Catalogs, And Why
There's no such thing as a "standard" multiple for music catalogs. But there are a standard set of factors that determine how big a multiple a catalog could get.
Read Post

What's Behind The Music Catalog "Gold Rush"
A presentation made to entertainment industry business managers and advisors at the Trusted Advisor Royalties Summit.
Read Post