Who needs the Brexit when you've got music?

This week, a new royalty financing fund with £100 million has launched in the United Kingdom. The fund will be operated by music management executive Darren Michaelson, whose collaborations include work with Smashing Pumpkins and Elton John. Michaelson will serve as the fund's exclusive consultant.

So what attracted Michaelson to music royalty investing?

As he explains, music investment is unique and attractive given the structure of deals and stronger growth in the global industry.

“I was initially approached as music is one of only two industries in the entire commercialised world that operates on royalties – the other being the mining industry,” Michaelson told Music Business World. “This is an amazing opportunity for forward-thinking and fast-growing music and entertainment companies who want to be in control of their own future and need capital investment, but don’t want to cede any control whatsoever to private equity companies who have no idea how to run their business.”

Michaelson knows something that has been hidden from ordinary investors.

He recognizes many investors are missing because of the mainstream media's over- reliance on clickbait and headlines. While everyone has been talking about the Brexit, Michaelson is buying into a beaten up sector that is on the verge of a profit renaissance.

Let's talk about the benefits of music royalty investment.


Music: A Savvy Investment for Any Portfolio

Historically, there have been two ways to truly invest in the music industry.

The first is to gather exposure to the sector by investing in companies like Sony (NYSE: SNE), which owns its own music label. However, this doesn’t offer pure exposure to the industry since investors in similar multinational companies are subject to the performance of other divisions. The other way has been to provide investors with access to the royalty streams of musicians and artists.

Second, investors can gain access to music royalties as an emerging alternative investment strategy. The yearly returns generated by these un-correlated assets lack exposure to the broad market swings and volatility that investors have seen in recent weeks. This makes royalty payments dependable, cash-gushing assets that pay out on an established timeline (usually quarterly).

Royalty payments aren’t subject to cuts at any given moment by a corporate board of directors. That’s because they are set by a statutory process, one that ensures the owner of intellectual property is able to claim their money.

Music royalties are also unique due to their payment rules. First, every time that a song is played, streamed, downloaded, or purchased, the owner of the royalty stream receives payment. The best part, the rights owners are paid first, meaning they sit higher on the ownership value chain than other assets. These royalties pay on a percentage of revenues — not profits.

This is unique from the public equity markets. For example, anyone who owns a public stock must wait to receive payment after a company pays all of its taxes, salaries, costs, and debt. In the event of a liquidation, bond holders have the right to capital and assets, while stock holders are left holding the bag.

And while bond might offer different levels of security, these are basically just a fixed loan contract set for a specific payback over time.

But the top reason to own royalties right now is due to the major renaissance taking place in the music industry today. After two decades of steady revenue declines, the industry is starting to turn around. According to PWC, the industry's revenues increased by 3.5% in 2015. That number is expected to increase through 2020.

The reversal has largely been fueled by a massive transition toward paid-subscription services. The music industry is no longer fighting the transition to digital, but embracing it, and generating better revenue as a result.

According to the data analytics group BuzzAngle, since the beginning of 2016, American consumers played 114 billion songs through streaming services like Apple Music, Spotify, and Amazon Prime.

That's far more than the 95 billion music streams on internet video sites like YouTube. This is an important shift for the industry, a year after YouTube represented 40% of the music consumption in the United States, but just 4% of the total revenue.

With paid-subscription growth on the rise, more musicians are working to improve their royalty payments. The Copyright Royalty Board increased streaming music rates from 15.3 cents to 17.6 cents. That rate is expected to increase through 2020 in accordance with the consumer price index (CPI).

The growing interest in royalty investment isn't expected to slowdown. In fact, Royalty Exchange — the definitive platform for the buying and selling of music royalty streams — has seen a strong uptick in investor and musician interest in the last few months.

We can also expected more large funds like the one set to be run by Darren Michaelson. Investors are seeking alpha and turning to alternatives.

Music presents a perfect opportunity.
Click here to learn more about ways to invest in music. 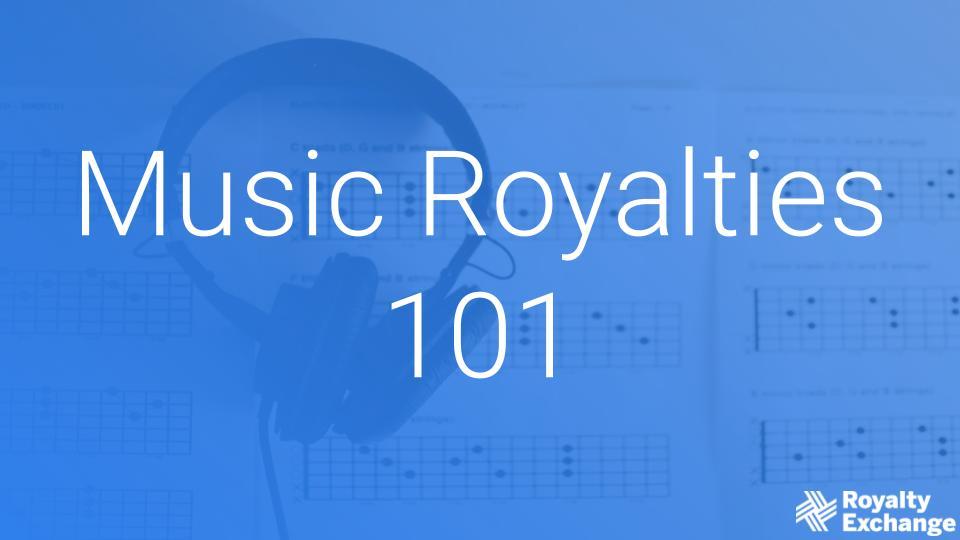